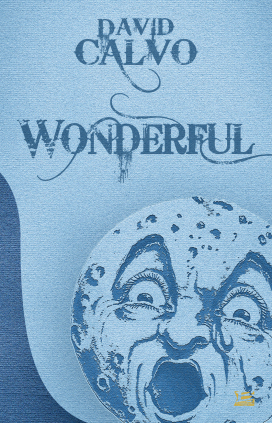 • Winner of the Julia Verlanger Award 2002
• Widely acclaimed by the critics
• An inventive and delightful novel, combining despair and euphoria
• A warm, quirky, humorous and moving tale of the apocalypse

‘Wonderful, the word that qualifies the best this novel’ Le Monde

The end of the world is coming. Tomorrow. So for those of us with things still to do, the clock is ticking. The pale moon is beginning to wane, threatening men in black are kidnapping people, and dark plots are growing as, with the final deadline approaching, spies start working harder than ever.
Yet some things stay the same. At Blue FM the DJ plays music and talks to his listeners, trying to ease their anxieties – and along the way, dropping some tantalising hints about what is to come…
Margot, a young girl with some astonishing, magical abilities, also seems to know what’s coming. And, being aware that the end is almost nigh, she intends to party her way through every last minute of it at the Trafalgar Square Dance Contest.
And Doctor Loom is on a desperate quest. His wife is dying of sadness, unless he can find a mysterious film with the potential to restore her happiness. But Loom isn’t alone in searching London for a movie. The mysterious men in black are hunting as well – scouring the city streets for a film that no one has ever seen.
The end of the world is coming…

• Winner of the Julia Verlanger Award 2002
• Widely acclaimed by the critics
• An inventive and delightful novel, combining despair and euphoria
• A warm, quirky, humorous and moving tale of the apocalypse

Sabrina Calvo
David Calvo was born in 1974. In addition to being a novelist he’s a writer for the prestigious comic publishing house Dargaud. Wonderful is his second novel.
more info