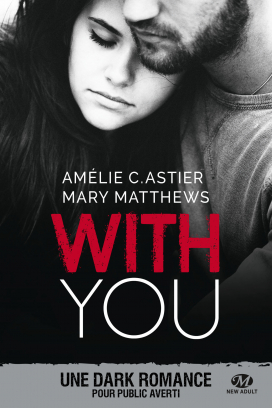 • A veritable Dark Romance, deeply moving in its realism and its hope
• A self-published success with a huge fan base
• Authentic, intense emotion stylishly rendered. Hard-hitting and disturbing

Love in the midst of horror

At the age of fourteen, the lives of Reagan and Vic become inextricably entwined. They were kidnapped and sequestered for four of their teenage years. They endured the most awful abuse, but despite their suffering, they loved each other. When their captivity finally came to an end, life and the conservatism of their parents conspired to separate them.

Today, ten years after their release, as the trial of their torturer begins and justice is about to be done, their paths will cross again. They have changed, and the scars left by years of suffering have forged their characters.

When the present plunges them back into their nightmarish past, Reagan and Vic will discover that the wounds inflicted on their love are still wide open.

• A veritable Dark Romance, deeply moving in its realism and its hope
• A self-published success with a huge fan base
• Authentic, intense emotion stylishly rendered. Hard-hitting and disturbing

Amélie C. Astier
For Amélie C. Astier, writing is as essential as eating and sleeping. It’s at night that she endeavours to give life to the many characters who dwell in her imagination.
more info
Mary Matthews
In another life, Mary Matthews was a rock star. Mad about music, a huge fan of TV series, and a dedicated collector of handbags, she claims to have her feet more firmly planted in the ground than her co-author.
more info