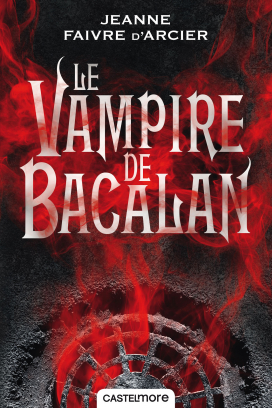 • A dark, gothic and contemporary novel
• A vampire far from the clichés of many YA novels, closer to the Dracula myth
• An adventure about breaking rules during adolescence

Cornelia and Niko, two sixteen-year-old twins, see their lives turned upside down during a concert by the harbor. Cornelia hears a mysterious voice with an English accent and follows it. She becomes lost in the labyrinth of the naval base and almost drowns, but is narrowly saved by an enormous dog.

The dog later reappears during their jaunts around town. A crow seems to be watching them. And the voice keeps haunting the young girl. The teens return to the base to find out more and end up time traveling to in the Second World War. They finally discover who this mysterious voice belongs to: a man who has traveled across centuries and answers to the name of Black Prince.

They will escape the past to try to learn more about themselves, their family, and the history of their city. Meanwhile, the mysterious man keeps watch over them. Or is he monitoring them for his own machinations?

• A dark, gothic and contemporary novel
• A vampire far from the clichés of many YA novels, closer to the Dracula myth
• An adventure about breaking rules during adolescence 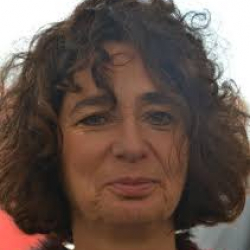 Jeanne Faivre d'Arcier
Jeanne Faivre d’Arcier has won the Prix Ozone for best Dark Fantasy/Horror novel and the Grand Prix de l’Imaginaire for best short story. She works as a headhunter for the cosmetics, luxury and media industries
more info