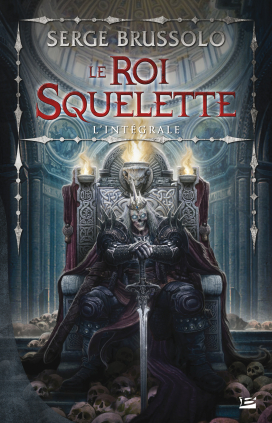 Colourful adventurers caught up in a maelstrom of horror and malevolence…

Condemned to a life as pariahs, Junia, a young woman of gigantic size, and Shaghan, a boy lacking legs, are the favourite slaves of a blacksmith-mage. A spell permits them to endure the infernal heat of a forge built on top of a volcano, the trade-off being a fatal vulnerability to cold preventing any chance of their escape.

Their survival ensured solely by a potion possessed by their master, Shaghan and Junia are sent out to repair some enchanted armour with defects that are posing problems for a noble client. But the mission turns out to be much more dangerous than expected: the two slaves find themselves forced to cross a cursed land and to confront the Skeleton King in person, an elusive, diabolical entity who embodies the shadowy powers at their nightmarish worst.

The dead obey his commands. Nothing withstands his anger 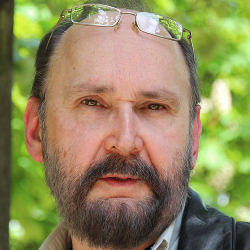 Serge Brussolo
Serge Brussolo was born in Paris in 1951. His works of science fiction and horror have captivated readers of all ages with his inventiveness and ability to create suspense. His biggest success to date, Peggy Sue and the Ghosts, has been translated into seventeen languages.
more info