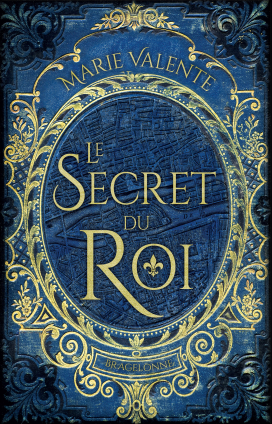 "Did you know that our world has a hidden side, full of mysteries and supernatural beings? Charlemagne knew it well, and established the first Cabinet of Secret in the year 800 AD. Since then, every French ruler has followed suit. I bring you, Hippolyte d'Arcy, into this great Secret.”

The proposition by the youthful King Louis XV, made in the heart of the labyrinth of Versailles, intrigued Hippolyte, a libertine young woman, accomplished sword fighter, who has disguised herself as a man since the age of sixteen.

Paris is not only the capital of the kingdom, but also of the supernatural communities of France. The prostitutes of the Palais-Royal are the city's most prized courtesans, but also hypnotic vampires. The butchers of Châtelet are werewolves that roam in packs. And that’s without mentioning the Necromancers Guild…

Hippolyte's very first mission is an important one: The dead are rising and a ghost from the past is coming to haunt His Majesty.

Marie Valente
Marie Valente studied art history and archeology, which took her all over Europe and across the wider world. Passionate about history, legends and mythologies, she started writing several years ago in between visits to castles, good TV series and video game quests.
more info