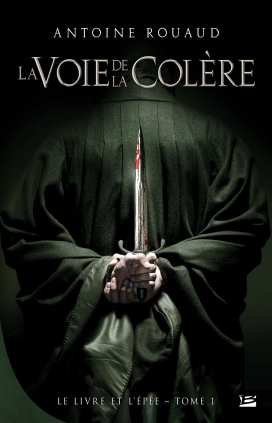 ‘THe Path of Anger is one of those books you start reading one evening, and devour non-stop until you reach the words «the end»’ Comment ça marche ?

Year 10 of the new Republic, in the remote port city of Masalia.

Dun-Cadal, once the greatest general of the Empire, has been drinking his life away for years. Betrayed by his friends and grief-stricken at the loss of his apprentice, he’s done with politics, with adventure, and with people. But people aren’t finished with him – not yet.
Viola is a young historian looking for the last Emperor’s sword, said to have been taken by Dun-Cadal during the Empire’s final, chaotic hours. Her search not only leads her to the former general, but embroils them both in a series of assassinations. Dun-Cadal’s turncoat friends are being murdered, one by one, in the unmistakable style of an Imperial assassin...
But as Dun-Cadal comes to realize fairly quickly, none of these developments – not even the surprise of meeting his supposedly deceased apprentice – has been the result of chance. An intrigue transcending the fates of the individual characters has been put into motion, and its secrets are revealed one by one as the story unfolds.

In this debut novel, Antoine Rouaud displays an astonishing virtuosity, creating a very subtle plot based on unfolding secrets, in a fashion seldom seen in a work of Fantasy and designed to sustain a high level of suspense. Depicting mortal characters thrown into the maelstrom of History and who ultimately become figures of legend, The Book and the Sword is a real page-turner ! 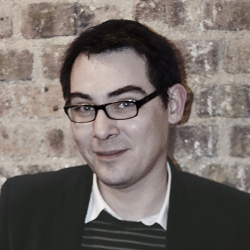 Antoine Rouaud
Antoine Rouaud was born in 1979. He spent his childhood writing stories, inventing scenarios, and composing songs, before joining a radio station as a production trainee and events organiser. He now works as a copywriter in advertising, and composes, writes and acts in audio drama series, which have...
more info