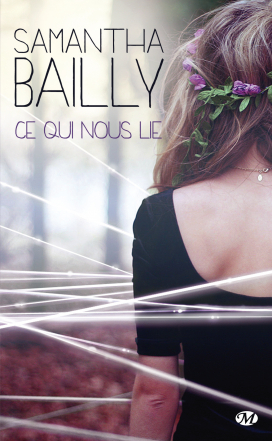 • An original vision of the social networks, but one where lies are impossible!
• An engaging heroine struggling with emotional dependency
• A smart decryption of office life, pertinent to any working woman

Alice is no ordinary young woman. Upon the death of her grandmother, a year earlier, a gift came to her: the ability to see the emotional attachments of every person she meets. These bonds appear to her in the form of luminous threads, creating before her eyes a veritable web between people. Unable to explain the phenomenon, Alice learns to live with it in deepest secrecy.

Seeking the truth following a difficult break-up, she uses it at first to detect unfaithful lovers and denounce them, acting as an avenger of wronged women. This daily dose of lies and revenge soon weighs upon her, however, and she decides to resume the course of her life, starting with her career.

She joins a recruitment agency, where she discovers the on-going rivalries between her colleagues and the joys of working in an open-plan office. But she also meets Raphaël, her new boss, who seems to be mysteriously immune to her power. Though she gave up on love, here she is after all, falling for the one man she can’t read!

While her sixth sense allows her a better understanding of the world around her, she is simply unable to figure him out. And yet the attraction is irresistible…

• An original vision of the social networks, but one where lies are impossible!
• An engaging heroine struggling with emotional dependency
• A smart decryption of office life, pertinent to any working woman 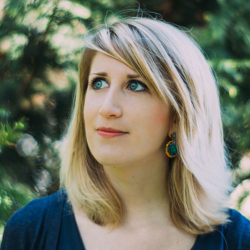 Samantha Bailly
Samantha Bailly was born in 1988. While studying comparative literature, she embarked on her own writing career and worked for Ubisoft. Her talent did not go unnoticed: her first novel was published when she was twenty.
more info