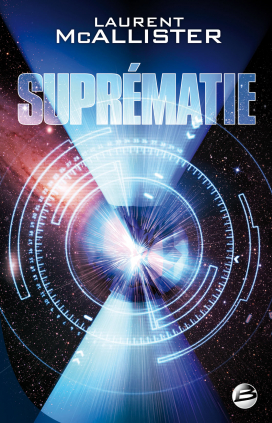 Over the millennia, humanity has spread to the Cluster, a group of stars located in a distant arm of our galaxy. But the humans and other intelligent races who settled here are threatened by a highly effective system of mind control, imposing a uniform society and crushing all dissent: Supremacy. One after another, by subtle ruse or brutal force, the independent worlds of the Cluster are being absorbed into its vision of reality.
Now only a single ancient warship and its mercenary crew, commanded by a legendary captain, stand in the way of complete conquest. But Captain Alcaino, a renegade escapee from a Supremacist prison, knows how the enemy operates. And he has a plan… 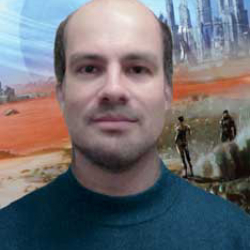 Laurent McAllister
Laurent McAllister is a joint pseudonym used by two French Canadian authors: Yves Meynard, born in 1964, and Jean-Louis Trudel, born in 1967. Between them, they have published over thirty novels and story collections, for adult and younger readers.
more info