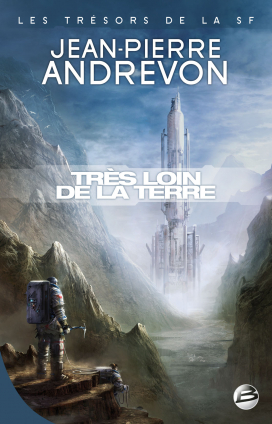 • Three major novels of science fiction, that can be published separately or as an omnibus
• An inimitable style dedicated to a humanist vision of life and the universe.

In The Time of the Great Hunts, Roll and his clan of seemingly prehistoric (or perhaps post-apocalyptic) men encounter creatures who wear armor fly through the air in ominous steel birds. Soon these two evolutionary alternatives to present-day humanity clash. But which of them represents the more enviable state? And which is the more human?

In The War of the Gruuls, humanity has conquered many planets beyond the solar system, but now finds itself under attack by another intelligent lifeform. Able to travel faster than light and armed with a terrible weapon, the invaders threaten to overrun the humans’ defenses and cut off all communication between Earth and its colonies.
Finally, in The God of Light, an exploratory vessel from Earth takes a bold interstellar leap and lands on a distant planet, supposedly devoid of life, only to discover the presence of inhabitants who speak English and worship a god that looks suspiciously like a spaceship. How is this possible? Has something affected Time itself?

• Three major novels of science fiction, that can be published separately or as an omnibus
• An inimitable style dedicated to a humanist vision of life and the universe. 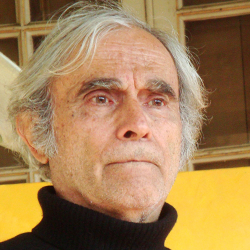 Jean-Pierre Andrevon
Jean-Pierre Andrevon was born in 1937. Recognized as one of the great masters of French science fiction, he is the author of hundreds of novels and short stories, and the winner of the Grand Prix de l’Imaginaire 1982 and 1990, and the Prix Julia Verlanger 2006.
more info