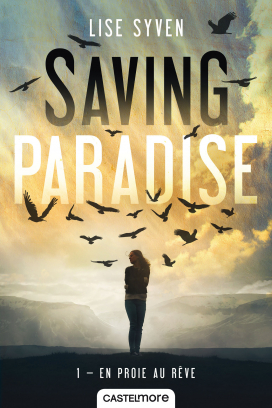 ‘Do you believe in Heaven?’

Faustine’s student life was thrown into turmoil the day her father’s laboratory was blown up. She is immediately given the same close protection that her father’s team gets, and is not indifferent to the charm of Nato, the bodyguard she is allocated.

Faustine is convinced she knows the identity of the man who is pursuing them, and whose goal appears to be the theft and the destruction of the vaccine her father is working on. But he appears to be able to change appearance… Is he even human?

As all hell breaks loose and the murder attempts keep coming, Faustine realises that the stakes are now far higher than the simple theft of a vaccine. Supernatural creatures are engaged in a battle for the future of humanity. One side is trying to save it, the other to destroy it by transforming it into a new and malevolent species. To create this new species they need the vaccine which will enable humans to mutate, and they need Faustine’s body to bring the species into the world.

Book 2 The Price of the World 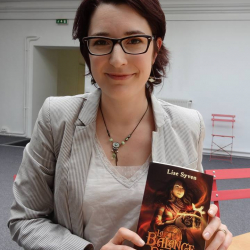 Lise Syven
Lise Syven was born in 1978. She is fascinated by the universes of Star Wars, superheroes, dragons, spaceships, the 19th century and monsters, and is a founder of CoCyclics, a writers’ collective devoted to promoting fantasy literature.
more info