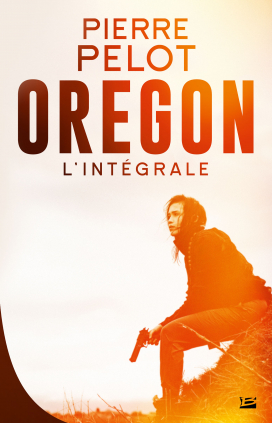 A lofty sci-fi novel
by a master of the genre

France is living under a military dictatorship, its citizens manipulated and under surveillance. In remote areas of the French countryside, rebels are trying to infiltrate the government to weaken the established order.
Oregon, age 25, works in the Predictive Safety Section, where her assignment is to manipulate information. In an abandoned house in rebel territory, Oregon and her brother wait for their father, head of the sinister militia in charge of subduing the rebellion. One day, a mortally wounded man collapses at their door. He is a Storyteller, the keeper of a fragmented collective memory. During drug-induced trances, he tells the history of the world and of a war that no one will talk about.
He urges Oregon to search for the truth. Who is responsible for the worldwide amnesia? What is it hiding? Finding out will cost dearly, and when you open your mind to the truth in this world, you are often banished from it. 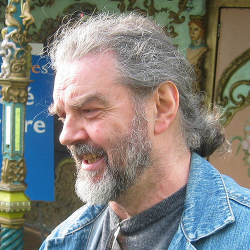 Pierre Pelot
Born in 1945, Pierre Pelot has written more than two hundred novels published throughout the world. His work spans genres, from science fiction to thrillers, westerns, and literature. He is one of the greatest French sci-fi writers, and his Été en pente douce was adapted for film with great...
more info