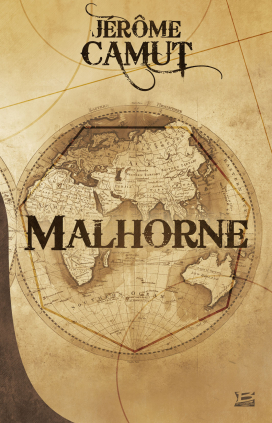 • The new French star of thriller
• A gripping thriller concept, brilliantly researched and put together
• A cross between Stargate and James Rollins, in the style of the Da Vinci Code

‘An incredible thriller! Don’t miss this one, it’s brilliant! Lire

Malhorne comes from the dawn of mankind. He’s crossed the borders of death, and lived countless lives throughout history. Now he’s going to reveal himself to the world.
When anthropologist Franklin Adamov discovers a statue hidden deep in the Amazonian forest he has no idea of the true extent of the mystery he has stumbled upon. The statue alone is a puzzle: dated to the fifteenth century, it shows a Caucasian man holding a sword. And written on it is a single word: Malhorne. But how can it be here, in a part of the world that’s almost impossible to reach now – let alone five hundred years ago, carrying a statue.
With the help of a mysterious foundation Franklin agrees to solve his Amazonian enigma… just when another statue is discovered, more than a continent apart from the first, the two artefacts are identical, and someone wants answers.
So the hunt begins, leading Franklin to an asylum in New England, and to a young man with an astonishing tale to tell. He claims that he made the statues, that there are seven of them scattered around the world, and that each of them is part of a greater puzzle. One that offers, as its solution, the truth about the origins of humanity…

• The new French star of thriller
• A gripping thriller concept, brilliantly researched and put together
• A cross between Stargate and James Rollins, in the style of the Da Vinci Code 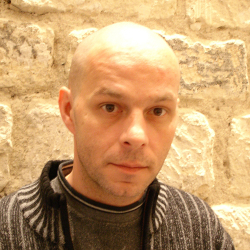 Jérôme Camut
Jérôme Camut was born in 1968. He is a film and television scriptwriter.
more info