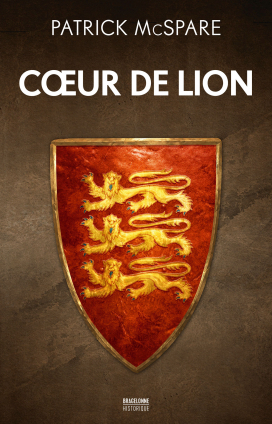 A dive into French history as seen through English eyes

1188. As doubts persist over who will succeed Henry II, King of England and Duke of Aquitaine, rebellion rumbles yet again in Aquitaine where the barons are demanding their independence. Richard the Lionheart, Henry’s son, grows tired of waiting and decides to take advantage of the situation and seize the throne of England before his rival and brother John Lackland can do so. King Philip II of France is also manoeuvring in the shadows to recover Aquitaine. Amid myriad plots, companies of mercenaries plunge the region into chaos. A thief, a minstrel, a knight, two Templars and a bewitching knife thrower form the team of mavericks that Richard will secretly lead to repel the French. Let the race to save Aquitaine begin!

Patrick McSpare
Patrick McSpare, whose real name is Patrice Lesparre, was born in 1964. A novelist and screenwriter, he comes from southwest France and lived for many years in Bayonne, which was known as Lapardum in the time of Charlemagne. He has written more than twenty novels and comics that mix history and fantasy.
more info