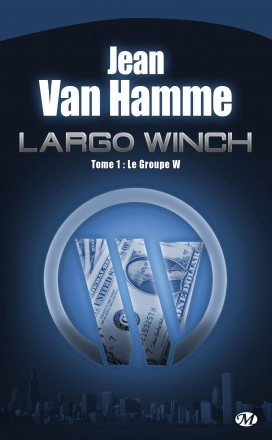 Nerio Winch, chairman and managing director of the all-powerful Group W, dies in the middle of the night, driven to suicide when he’s framed for a crime he never committed. But just before his death he records a message for his adopted son, Largo, who has been kept a secret from his rivals.
Largo Winch, the sole, secret heir to Nerio’s ten billion dollar fortune, is a handsome, brawling, rebellious 26 year old. Suddenly elevated to the head of an enormous financial empire, the playboy billionaire embarks on a series of daring adventures as he finds his way between deadly business rivals and deadlier enemies, all determined to take up his father’s role running Group W. Buy-outs, negotiations, blackmail, double-dealing, and embezzlements ensue in this high-octane series of action packed thrillers.

Largo Winch is also a film that reached 2 million viewers in France alone, a Bande Dessinée series that sold million copies, a video game available on PS2, Gamecube, Xbox and PC, and a successful TV series!

Jean Van Hamme
Jean Van Hamme is a Belgian novelist and scenario writer of graphic novels. In addition to the Largo Winch novels he has created storylines for a number of Belgian and French comic series.
more info