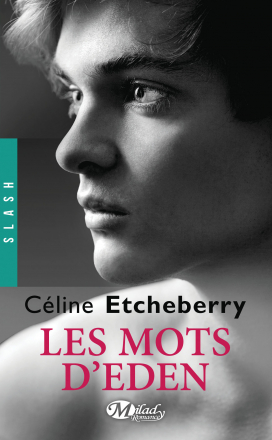 • A gay New Adult novel by an outstanding writer
• A deeply moving romance, from the first adolescent emotions to the final happy conclusion
• A poignant and realistic critique of homophobia

It’s the last year of high school for Eden – the end of his stormy adolescence in a small town in the United States, where he’s stuck between a capricious mother and a wealthy but absent father.

His world has just been turned upside down by the death of another student, and by the distress of this student’s brother, which affects Eden deeply. While the young man is experiencing his first romantic relationships, he doesn’t stop hanging around this boy, until the moment when they finally allow themselves to express their love for one another.

It’s a love that is very quickly and harshly put to the test. Damien’s parents are fiercely opposed to their relationship, to the point that they force the young man to go study at a military academy and make it seem as if he has died to Eden, who has just moved to New York for his studies.

Sinking into the depths of grief, Eden finds himself in the hands of a psychotherapist who is not too professional and much too seductive. Pulled into a game that eludes him, Eden does not suspect that Damien is about to come back into his life to try to win his heart once again.

• A gay New Adult novel by an outstanding writer
• A deeply moving romance, from the first adolescent emotions to the final happy conclusion
• A poignant and realistic critique of homophobia

Céline Etcheberry
Céline Etcheberry has had a passion for writing since childhood, and she loves taking trips to every corner of the world. In her stories, at once incredible and unsettling, modest and subdued, there are always very human heroes, characters full of errors and contradictions who never leave readers...
more info