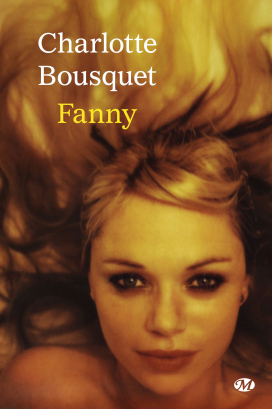 • A rite-of-passage novel that situates itself between chick lit and women’s fiction.
• For lovers of Paris and the theatre.
• A story of friendship, revenge, and self-discovery.

Seduce a friend’s ex to avenge her? In theory, it’s just another role for Fanny, but she risks getting caught in her own trap…

After spending several years in New York where she started on an acting career, Fanny returns home to Paris in the hope of obtaining the role of her life. By chance she runs into her best friend from high school, who has just suffered a particularly painful breakup. To help her turn the page, Fanny agrees to set a trap for the man who broke her friend’s heart: she is supposed to seduce him by passing herself off as his ideal type of woman thanks to her acting skills, and then dump him brutally.

The ploy works, but her friend’s jealousy and the pleasure Fanny starts to find in playing the part of the perfect girl threatens their friendship. The border between reality and the different characters she adopts becomes increasingly blurred, and it doesn’t help matters when Fanny meets a man who is going to play havoc with all these notions, challenging her to surpass herself and leave her fears behind.

So here she is, a prisoner of several roles at the precise moment when she encounters the person who could love her for who she really is…

• A rite-of-passage novel that situates itself between chick lit and women’s fiction.
• For lovers of Paris and the theatre.
• A story of friendship, revenge, and self-discovery.

Charlotte Bousquet
A philosopher by training, Charlotte Bousquet has published thirty books for adults and young  adults. An eclectic author filled with a sense of curiosity, she writes in various genres and has already tried her hand at fantasy, crime, historical fiction, and even bande-dessinée.
more info