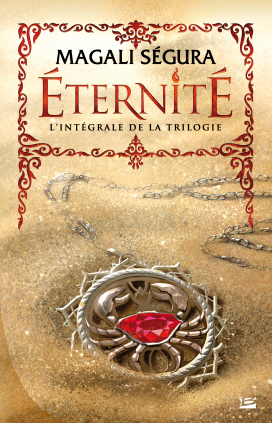 ‘Magali Ségura writes with a pen which is both poetic and powerful, keeping us bewitched by its spell’ Chroniques de l’imaginaire

In the Saltearth archipelago, a seed containing a gift is received from the gods every 500 years, and an individual is elected to decide how it will be used.

When several minor sorceresses are murdered, Naslie, a descendant of those endowed with the gift of Magic, flees from the Ancient One, whose menacing shadow she has sensed pursuing her over the years.

Her eight-year-old son Jelis goes off to his father, a powerful warrior of the Steel, determined to force his parents to reconcile. But Jelis remains unaware that he represents the impossible fruit of an alliance between Magic and Steel, a combination whose powers are dreaded. Threatened by the devious tricks of a sorcerer and the ghost of a demonic queen, he must place his trust in the counsels of the strange “luminis” who watches over his family.

As their past returns to haunt them, his parents set aside their pride and rancour to resume their quest for the seed of Eternity, confronting their most terrifying memories in the hope of saving their son. 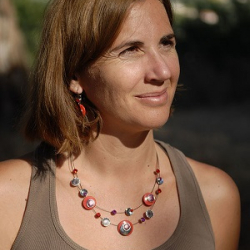 Magali Ségura
Magali Ségura was born in 1972. The Leïlan trilogy confirmed her initial promise and fulfilled her readers’ hopes. With Éternité, she continues to deliver her unique blend of lyrical, passionate fantasy.
more info