‘A cross between Dune and The Lord of the Rings, this is a triumph’ Le Figaro

Within a few days, the dead will invade Elamia.

An army is being led from beyond the grave by the greatest wizard that the world has ever known. Nothing and nobody can stand in his way. Only one man is capable of organizing resistance and restoring hope, but he lost his memory long ago. He has even forgotten his own name.

But what if the key to victory lay within this man’s past ? The quest for his identity will send him to the very ends of the world, where deceitful demons and legendary creatures lurk, beneath the gaze of priestesses endowed with mysterious powers. As the war reaches its climax and awakens secrets from times immemorial, this foreigner without a past will have to pay the price that comes with truth, betrayal, and love lost. 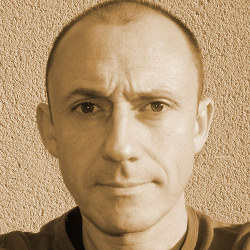 Erik Wietzel
Erik Wietzel was born in 1967. He began a career in journalism before giving free rein to his passion for writing fiction
more info