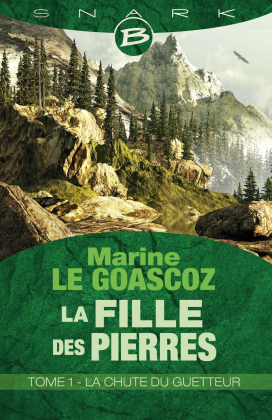 Several centuries have passed since the great war of the magi, but the fortress of Jayad is still standing. Lord Arthak d’Althen and his children Tagan and Vallenn are in charge of this endless watch, but they are unaware that a traitor has made a deal with the demon king. During an evening banquet, Jayad undergoes a surprise attack from the army of demons. Arthak is defeated, but his children manage to flee, along with the intrepid Kalith, the daughter of the master of arms, whom they consider their sister.

While Tagan launches a rebel movement in the mountains, he puts Kalith in charge of escorting and protecting his sister to the king’s court. During the course of their journey, the young woman will have the opportunity to learn that she is none other than Gaowhan (the «unique key»), in other words, Daughter of the Stones, and that she is able to channel the demons and send them back into their world. 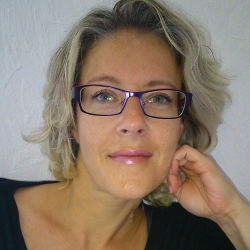 Marine Le Goascoz
An improbable cross between Xena the Warrior Princess and Bridget Jones, Marine Le Goascoz was born in 1974 in the suburbs of Paris. An early and assiduous reader, she quickly fell in love with Anne McCaffrey’s dragons, Robert Jordan’s wheel, Tolkien’s hobbits, and Lovecraft’s...
more info