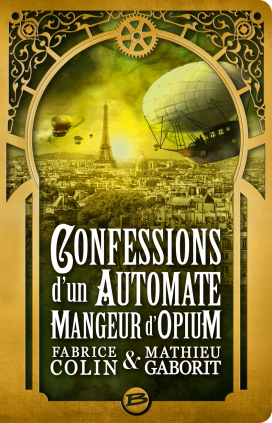 ‘A manifesto for the steampunk movement. (…) Hectic action, written in an elegant modern style’ nooSFere

Paris, 1899. The city is filled with flying machines and other technological marvels fuelled by æther, a mysterious source of phenomenal energy.

But the murder of a young woman, who falls from a hansom flying over the Garnier Opera Palace, disturbs the festivities for the Universal Exposition. The crime also involves an automaton, one of the new household machines that serve mankind.

Margaret Saunders decides to carry out her own investigation, helped by her brother Théo, an alienist who has been studying closely the impact of æther on human behaviour.

But things quickly become complicated: the victim’s father receives threats; the automaton turns out to be demented, or even worse, intelligent… These are just some of the elements in the mystery our two heroes attempt to unravel. 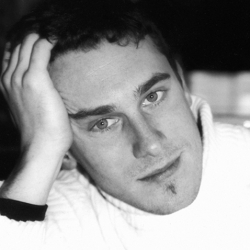 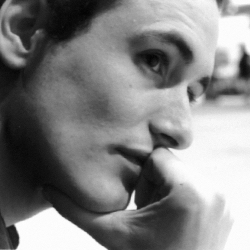 Mathieu Gaborit
Mathieu Gaborit was also born in 1972. He was the first French writer to explore the modern fantasy genre and is still one of its best-selling proponents.
more info