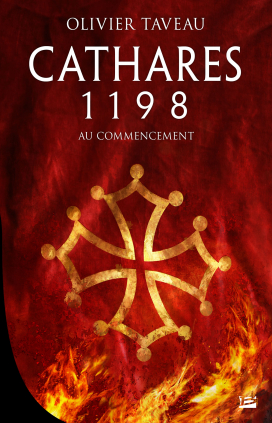 Conjurations, sieges, betrayals: a thrilling adventure in the era of the Crusades

AD 846. The death of Charlemagne has left a fragmented empire, a dying world where the power of Rome rests only on the prestige of a throne.

The Pope, surrounded by a curia rife with conspiracy, nevertheless refuses to let the work of God languish. As barbarians besiege the city, he makes a pact with obscure envoys and pledges to protect an order of elected officials called to restore the faith: the Perfects.

Two centuries later, the Perfects have become a reality and the first Cathar communities appear in Languedoc. With their words and their example, they restore hope in the Lord’s voice, and the entire country soon turns away from the established church to embrace the new religion.

But in the shadows, voices are already calling for war. Rome, which refuses to relinquish its power, must now face the resistance of the unwavering Cathars, who see in this invasion the work of the Devil.

Olivier Taveau
Olivier Taveau was born in 1973 and now lives in Tours. His first book, Les Ames Troubles, won the best first novel prize at the Beaune literary festival. The media dubbed him "the new master of suspense" after his second book Depuis l’Abîme. Cathars 1198 explores the Crusades and the Inquisition,...
more info