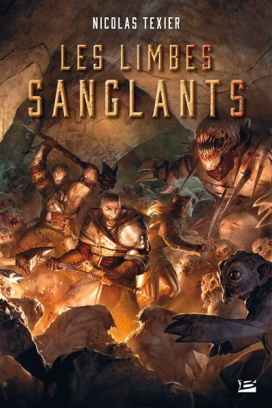 In lands ravaged by the Thirty Years' War, only the most desperate are prepared to descend into the caverns beneath New Jerusalem. These are said to be replete with riches but also teeming with unspeakable horrors.

Dreaming of escape from a miserable life, Tilla goes underground with a troubled holy warrior and his escort of condemned men. She has nothing left to lose, but the abominations she must now face will be worse than her wildest nightmares.

THE GAME: Claustrophobia was created in 2009 and brings together a community of thousands of players. In 2021, its extension Claustrophobia 1643 sold more than 10,000 copies exclusively on KickStarter. Its publisher has had a string of successes, and has already raised more than $15 million with a dozen projects.

Nicolas Texier
Nicolas Texier lives in Paris. He is an archivist and made his entry into the world of fantasy with a remarkable trilogy of uchronic adventures. He is also working on a Batman project for a video game, and is a regular contributor to works of military history.
more info