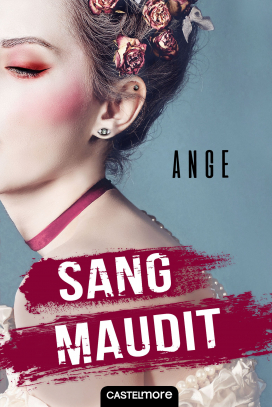 ‘Ange possesses an undeniable talent as a storyteller, the art of recounting adventures in breath-taking fashion’ Le Monde

Paris in the 21st century.

Louis XXIV is the young king of France, and his fashionable, wealthy nobles amuse themselves in the court of Versailles. Designer crinoline dresses are all the rage, and rich young aristocrats pack the trendy Paris nightclubs. But behind the scenes two rival families vie for power : the Condés, rumoured to be descended from an angel ; and the Orléans, who claim a demon amongst their ancestors…
Angélique was born into this world. She’s a sweet seventeen-year-old, and she has a secret power : she’s an empath, able to sense the emotions of others, and she thinks her ability has gone unnoticed… until the day she has to use it, to escape an attempt on her life.
Who would want to kill her ? And why ? The answer lies deep in the files of Louis xxiv’s sinister secret service – and to seek them Angélique must first become a spy and then, perhaps, a traitor…

Plunging the reader into a highly original and carefully thought-out universe which plays with the contrast between the traditional values of the French monarchy and an ultra-contemporary context, Ange Guéro offers us here a novel of exceptional commercial potential.

The author skilfully sets up the dilemma of her heroine, catapulted into the universe of the royal court and its web of intrigue, where she finds herself torn between the role demanded by her social rank and her own feelings.

Blood Curse is also a return to the original myth of the vampire, cruel and dangerous, a far cry from the vapid, toned-down versions we usually see today.