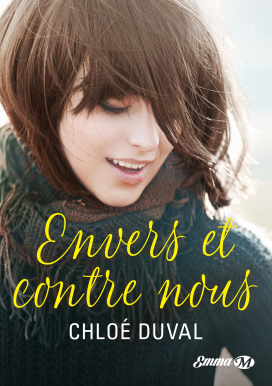 When Nicolas meets Penelope for the first time, it takes a mere instant for him to thoroughly dislike her. He is a grumpy, antisocial geek, the very opposite of this radiant, dynamic, and outspoken young woman. Things are further complicated by the fact that she is the twin sister of the man who stole the love of Nicolas’ life. After a fairly tense weekend spent with friends they had in common, he thought he would never have to see her again.

But destiny would have it otherwise. When Nicolas is on a trip to France, he unexpectedly finds himself without any accommodation and, encouraged by his friends, asks Penelope to host him for a while. Pen and Nico are incapable of having a conversation without it turning into a verbal joust, so the big question is whether they will be able to get over their differences and learn to live together.

Nico is not at all happy with his predicament, while Pen just might not be quite as disdainful as she pretends to be towards her dark, handsome guest.

Chloé Duval
A Frenchwoman by birth, Canadian by adoption, and Québecoise in her heart, Chloé Duval lives in Montreal with her prince charming and dozens of characters jostling around inside her head.
more info