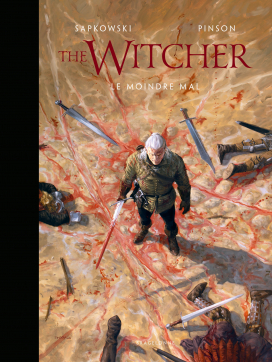 Geralt of Rivia is a witcher, a mutant trained to be a consummate assassin. Ogres, ghouls, and vampires abound in these dark times, and sorcerers are devious manipulators.

In Blaviken, Geralt must face the betrayal of the sorcerer Stregobor and the impetuous Princess Renfri, who is bent on killing Stregobor  as she blames him for her lost childhood.

Ugo Pinson’s album illustrating the short story The Lesser Evil, a bloody episode which earned Geralt the moniker of the Butcher of Blaviken, respects both the rhythm and the narrative thrust of the tale. Andrzej Sapkowski’s The Witcher saga, a global bestseller translated into thirty-four languages ​​that has sold more than fifteen million copies, has been adapted into a successful video game and in 2019 became a hit Netflix series. 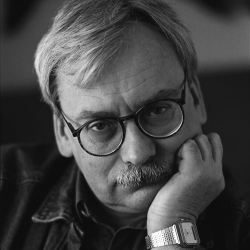