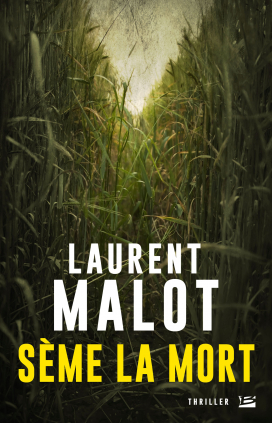 • A very visual, action-packed police procedural
• Contemporary social and philosophical dimensions
• A cop with a ferocious sense of humour coping with personal turmoil in a fast-changing world

In the heart of the Beauce region, a quadruple murder has shaken the town of Étampes. An unspeaking teenager, covered in blood, is found with a knife in his hand in front of the house of the victims. He is immediately interned in a psychiatric hospital. Has be been radicalised? Or was it simply a moment of madness? Media speculation feeds the townspeople’s fear.

Neither Lieutenant Gange, now far from his native Jura region, nor his partner Sam, nor the psychiatrist assigned to work with them, believe it was madness. Gange arrests a young man found causing trouble in the street, and later meets the individual‘s mother, a seductive and powerful woman who seems ready to do anything to protect her son.
Environmental protection, elite power, education and even terrorism are some of the themes that emerge as Gange follows the trail of a dangerous psychopath, oblivious to the fact that he is putting his own kin in danger.

• A very visual, action-packed police procedural
• Contemporary social and philosophical dimensions
• A cop with a ferocious sense of humour coping with personal turmoil in a fast-changing world 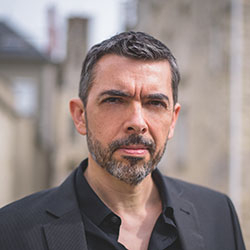 Laurent Malot
Laurent Malot started writing novels, plays, and scripts because he dreamed of working with Steven Spielberg. He is the author of stories for radio and a well-received first novel published by Robert Laffont, De la part d’Hannah.
more info